“The heraldic emblem of a family or organization- the family coat of arms” (Ref 1.) This is one of 54 Definitions of an Emblem. The Australian Army has a great many emblems representing the various units, sub-units,and sections of the establishment. To understand emblems in the Australian Army is to examine the most widely used emblem, the “rising sun”badge. The accepted version of it’s origin (Ref 2) attributes the selection to British officer, Maj-Gen Sir Edward Hutton, Commander-in-chief of the Australian forces during the Boer War in 1902. Since then there have been seven (7)patterns designed and worn, a pattern of consistent change. As time passes new emblems are added to the family (unit) heritage and other emblems pass into non-use but are still relevant to those who served.

The beginning of the Association and the Banner

The 14 November 1998, 105 former locators from C Obs Tp, 130 Gun Loc Bty, 130 Corps Loc Bty, 131 DLB, 132 DLB and 133 DLB gathered at North Fort, Manly NSW for a reunion. During the reunion it was decided to have regular gatherings and that a committee should be formed called The Locating Artillery Association of NSW. There had been an Locator’s association formed in about 1988 but it suffered from a  lack of membership and closed around 1997-8. The Locators Association of NSW,  with the demise of other association, was renamed the Locating Association of Australia. Then began a search for a suitable banner & emblem for the newly named organization. The use a  Muzzle Loader gun with a locating atom was suggested (Diagram 1 and 2) but no was banner finalized.

At a later meeting a third design was suggested to include the Artillery hat badge with an atom designed by Dr. Desmond Posener. The Atom and Locator Dragon were inspired by Capt. Warwick Hamilton O.C 131 Det. 1967 and WO2 “Chalky” Royal DSM Det 131 1967/68. The Artillery Badge , with the atom background,  (Diagram 3) was deemed to representative the CORP, which united all, and the Atom that reminded us that we worked around the Gun Batteries. All members present, Regular Army, National Service and Reservists, unanimously voted to adopt this emblem to represent Locating Artillery.

The Locating Association first marched in the Reserve Day parade in 2000 with the new banner displaying the Locating Artillery emblems.

The LSTAA has marched under 3 banners since it’s formation in 1998.

In 2003, because of name changes within the Australian Army, the association underwent a further name change, reflecting these changes. Consequently a new banner was created, featuring the “Winged Lion” which reflected Locators recent O/S deployments. It was presented to 20th Regt. RAA and was displayed in the James Menz Club , Gallipoli Barracks Brisbane.

In 2009 another Locators association was formed by Ex-Vietnam Vets, and was called the 131 Locators Association,  who continue to parade with the earlier banner 2. 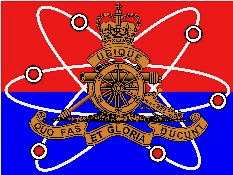 This was included  because it was the first emblem used by the Association.  As earlier discussed, it had been unanimously chosen at the foundation Locator’s association meeting. The CORPS Artillery Badge represents the base of Association and the “Locating Atom” is a highly recognizable emblem by the first and second generation of Locators. 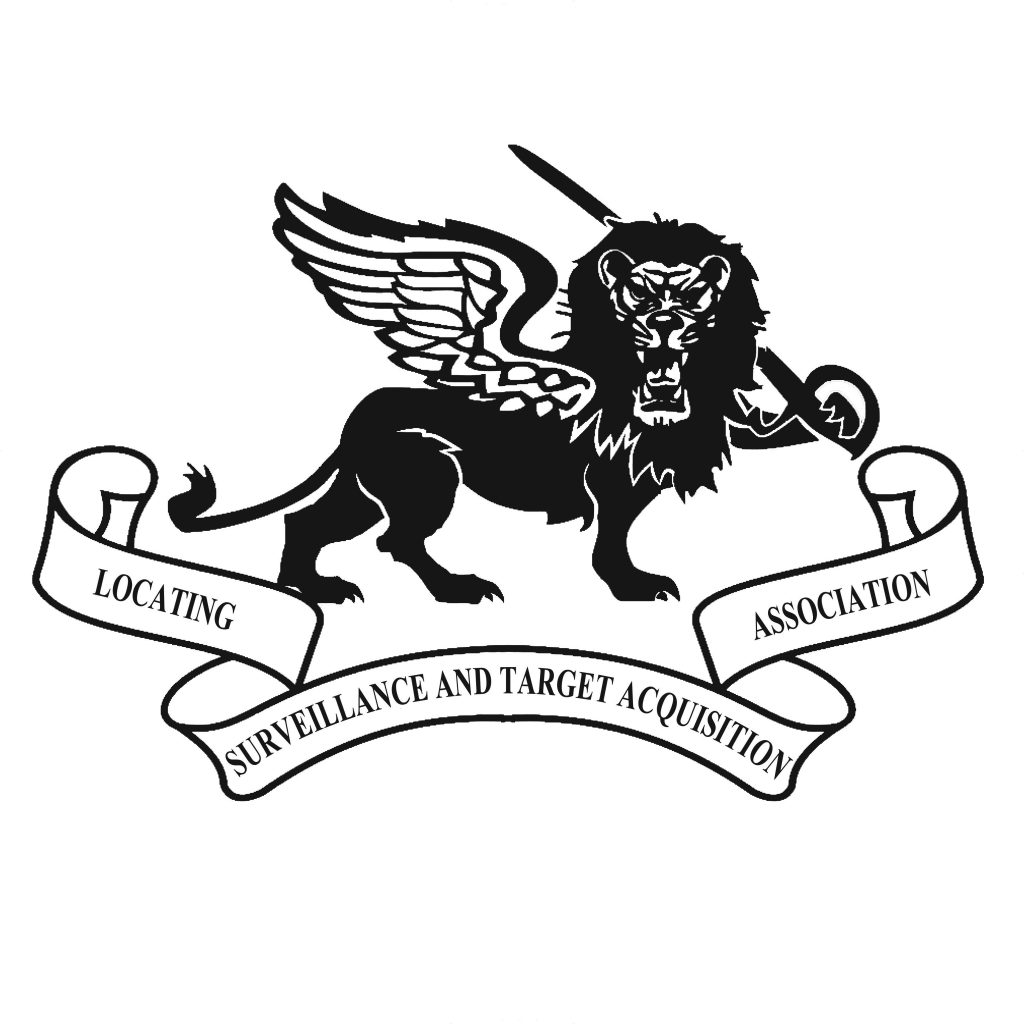 The Winged Lion The represents a sturdy and reliable guardian, it acquires its targets from a considerable  distance; it monitors its prey and constantly conducts surveillance across its territory; it  defines its territory, for the lion is a territorial animal; with the addition of its wings it  becomes an even more formidable adversary. These attributes align themselves to the various capabilities that the Regt provides to the ADF  and has done so on operations. The lion holding the sword gives the visual impression that it has the capability to strike or  guard all who it surveys.

Note: The design by CAPT (temp) Danny McGinley, who was inspired by the Winged Lion of St Mark, seen in St Mark’s Square Venice Italy, whilst on leave from operations in Iraq in 2006. 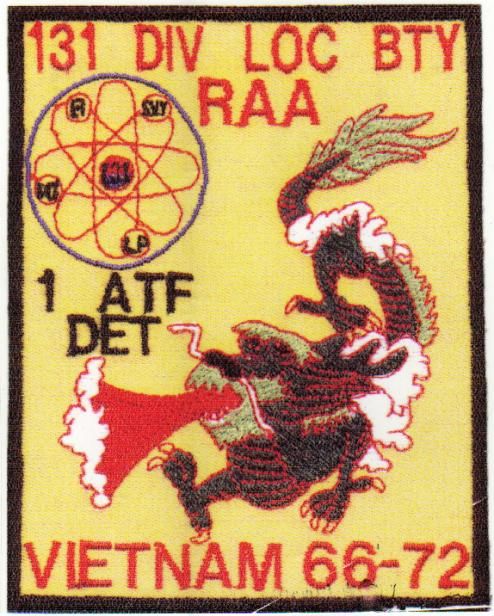 The Detachment 131 Divisional Locating Battery RAA Plaque was dedicated on the 4th May 2012 at the Australian War Memorial, Canberra, ACT – a joint effort of LSTAA and 131 Locators Associations. 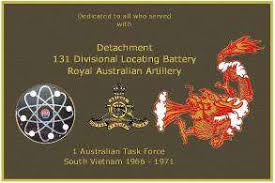 To commerate 50 years, since Detachment 131 Div Loc Bty was deployed to Vietnam on 4th May 1966, the restored AN/KPQ 1 radar was dedicated and plaque unveiled on 24th April 2016, Gallipoli Barracks Brisbane.